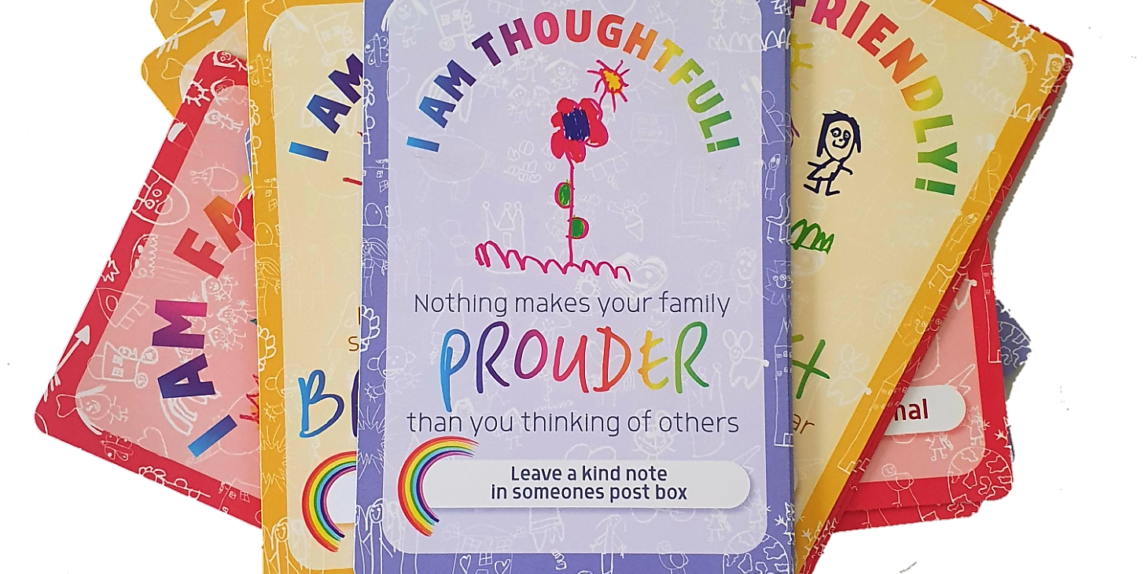 AS THEY WITNESSED their 5-year-old daughters Emily & Eve struggle with leaving the family bubble to start National School in the middle of the pandemic, Dublin sisters Jane and Sandra Palles decided to do something about it. Together with their daughters they created daily affirmation cards to promote a positive, confident mindset.

Their experience has been typical of many Irish families with schoolchildren of all ages, who have struggled with the ‘stop/start’ nature of the school year as they cope with Covid-19 closures.

“Recently more children, and children younger in age than we have ever seen before, have been presenting to General Practice with symptoms of anxiety and worry”, said Dr Christina McDonnell, GP and founder of charity initiative GeniusJuniors.ie.

“Children naturally seek stability and reassurance. These affirmation cards provide that in a way that is visually comprehensible to them. Never before have children needed this more than now, during these unprecedented times. I would highly recommend building these affirmation cards into a child’s routine, perhaps to set their day off to a good start and again at night to calm and relax them before sleep.”
The ‘Emily and Eve’ cards which feature illustrations drawn by the girls themselves are broken into 3 parts, an affirmation, a descriptor and an action that encourages the thoughts and feelings of the affirmation. The actions include things like thinking of others and helping in your community etc. They all include a postcard to encourage communication with others that they can’t see right now.

Not only is there anecdotal evidence of how positive affirmations can help children, the idea behind the cards is based in science.

According to Professor Kim Mouridsen, Neuroscience professor at Aarhus University, Denmark, “’Recent research indicates that self-affirmations of personal core values may have effects on the brain’s reward network, with increased activity occurring when study subjects think about future experiences involving their personal values.”

Neurons in the different regions of the brain comprising the reward system communicate using dopamine: For example, dopamine-producing neurons in the brain’s ventral tegmental area communicate with those in a region called the nucleus accumbens in order to process rewards and to motivate behaviour.

This resonates for the audience of Emily and Eve as a threat to a child includes separation from family during the pandemic, school routine upheaval etc which can present as worry or negative behaviour.

“Now more than ever we need to have magic back in our homes and lives. An opportunity to go back to basics and teach our children what it means to believe in yourself and the power in being kind,” Sandra Palles, Co Founder of Emily and Eve said. “Children need consistent encouragement to increase their confidence and positive attitude and our cards help this become a daily routine,” Sandra said.

“This project has come about at a time when we could see how our own children were struggling through this pandemic but not always having the tools to express their emotions or feelings,” Co-Founder Jane Palles added. “We began to chat a lot about what we could do to help our girls when they were struggling with missing their friends, their grandparents and a simple playdate at the local park. Our goal was to give children these Emily and Eve packs to teach them life lessons in a natural, fun and magical way,” Jane added.

Emily & Eve Affirmation cards retail at €19.50 and are available from emilyandeve.ie